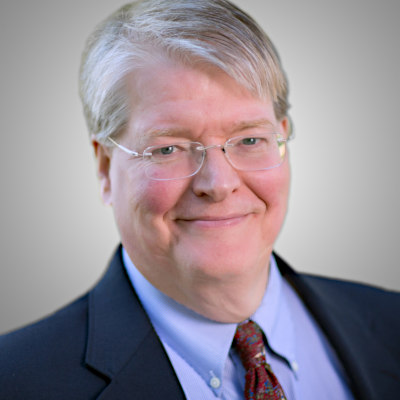 Warren Newton, MD MPH has served as President and CEO of the American Board of Family Medicine since January 1, 2019. With about 100,000 Diplomates, ABFM is one of the largest medical certification Boards and was the first Board to require ongoing recertification, chart audits and one of the first with public and patient members.

Dr. Newton has lived at the nexus of practice transformation and educational innovation. He served as a personal physician for 33 years, working in a variety of settings, including the UNC Family Medicine Center, the Moncure Community Health Center, and the Randolph County Health Department. In the 1990s, he founded the first hospitalist program at UNC Hospitals and helped reorganize family medicine obstetrics into community based maternal child service. As the William B. Aycock Professor and Chair of Family Medicine at UNC (1999-2016), he has led practice transformation initiatives at the practice, regional and statewide levels, including the North Carolina Improving Performance in Practice initiative in over 1400 primary care practices. At ABFM, approximately 30,000 Diplomates complete Performance Improvement modules annually. Dr. Newton currently serves as the chair of the American Board of Medical Specialties Task Force on Improving Health and Health, which is developing a profession-wide strategy for quality improvement as a part of new ABMS standards.

As an educator, Dr. Newton served as residency director in Family Medicine at UNC from 1992-1997; from 2004-2018, he co-led the I3 collaborative of 24 primary care residencies focused on clinical transformation in residency practices. He served as Vice Dean of Medical Education at the University of North Carolina from 2008-2013, during expanded the school, established satellite campuses, developed new curricula in professionalism and population health and expanded significantly the enrollment of underrepresented minorities. He has served on the Liaison Committee of Medical Education (LCME).

Dr. Newton graduated from Yale University with a double major in biology and history in 1980 and Northwestern University Medical School in 1984. After residency and chief residency in family medicine at the University of North Carolina, he completed the Robert Wood Johnson Clinical Scholars Program and an MPH at the UNC Gillings School of Global Public Health. In 2012-13, he was selected as a Society of Teachers of Family Medicine (STFM) Bishop Fellow, during which he also completed the American Council of Education Fellow’s program.

Redesigning Care For What Society Needs: Reflections from Courageous Leaders Working Toward Change
Facilitator:  Christine Arenson, MD, Co-Director, National Center for Interprofessional Practice and Education   It is a bold vision to consider how to redesign healthcare to meet the changing needs of society, including increasingly complex care that is influenced by social determinants of health, health equity and systemic racism. Yet, courageous leaders across healthcare are doing just that – exploring how to adjust the direction and trajectory of their professions to move forward in meaningful ways to deliver high quality primary care to every American. During this plenary,…